How To Jumpstart a Car With Jump Leads

When your car battery is dead and the car won't start automatically, you will need to know how to jump-start your car with jump leads in order to get the engine running and charge the battery. Jump leads are used to start a car with a dead battery using power from another vehicle. The jump leads are attached to both the dead battery and the fully charged battery of another car.

This must be done properly and in the correct order to prevent sparks or shocks. It's also important to disconnect the jump leads in the correct order. So if you are in the situation where your car won't start because the battery is dead, let OneHowTo explain how to jump a car battery.

You'll need:
You may also be interested in: How Do you Jumpstart an Automatic Car
Steps to follow:
1

Determine if you need jump leads. If the ignition clicks but won't start when you turn the key, it means that the battery is dead and needs to be jump-started using another car's battery. If the car makes a noise when starting and the electrical system, including lights and the radio, appears to be working, then you can rule out a dead battery, so jump leads will be of no help. In case of the latter, you will need to call a mechanic as the problem lies elsewhere in the ignition system.

Untangle the jump leads so that they're straight. Note that each lead has two clamps: a red clamp and a black one.

Connect the other red clamp to the positive terminal of the working battery. This also has the "+" sign and is slightly larger. Place the clamp on the metal part of the terminal block.

Connect the black clamp to the negative terminal of the fully charged battery. This will be indicated by the "-" sign on the battery. Place the clamp on the metal part of the terminal block.

Earth the other black clamp to the engine block of the car with the dead battery. Don't panic if removing the booster cables produces some sparks. If you're not touching any metal parts, you won't get an electric shock.

Attempt to start the vehicle that has the dead battery. If it doesn't start, check the jump lead connections to the other car.

If your battery is no longer holding a charge then it may be time to change your car battery.

If you want to read similar articles to How To Jumpstart a Car With Jump Leads, we recommend you visit our Car Maintenance and Repair category.

Tips
How Often To Change a Car Battery
How To Increase The Life Of Your Car Battery
How to start a car with a flat battery
How to disconnect a car battery
Most read
1.
Why is my Car Squeaking when I Go over Bumps - Possible Causes
2.
Different Motorcycle Engine Parts and Their Functions
3.
How to Lubricate Rubber Bushings
4.
Car Won’t Move in Drive But Will in Reverse: Causes & Solutions
5.
Why Does my Car Sound Like an Airplane?
6.
Why is My Car Jerking? - All Possible Reasons
7.
How To Check Fuel Pump Injection Timing
8.
How to Tell If Your Car Is Diesel or Petrol

1 comment
Rating:
Mr john hart
13/04/2020
can you jump start a car with stop start technology
How To Jumpstart a Car With Jump Leads 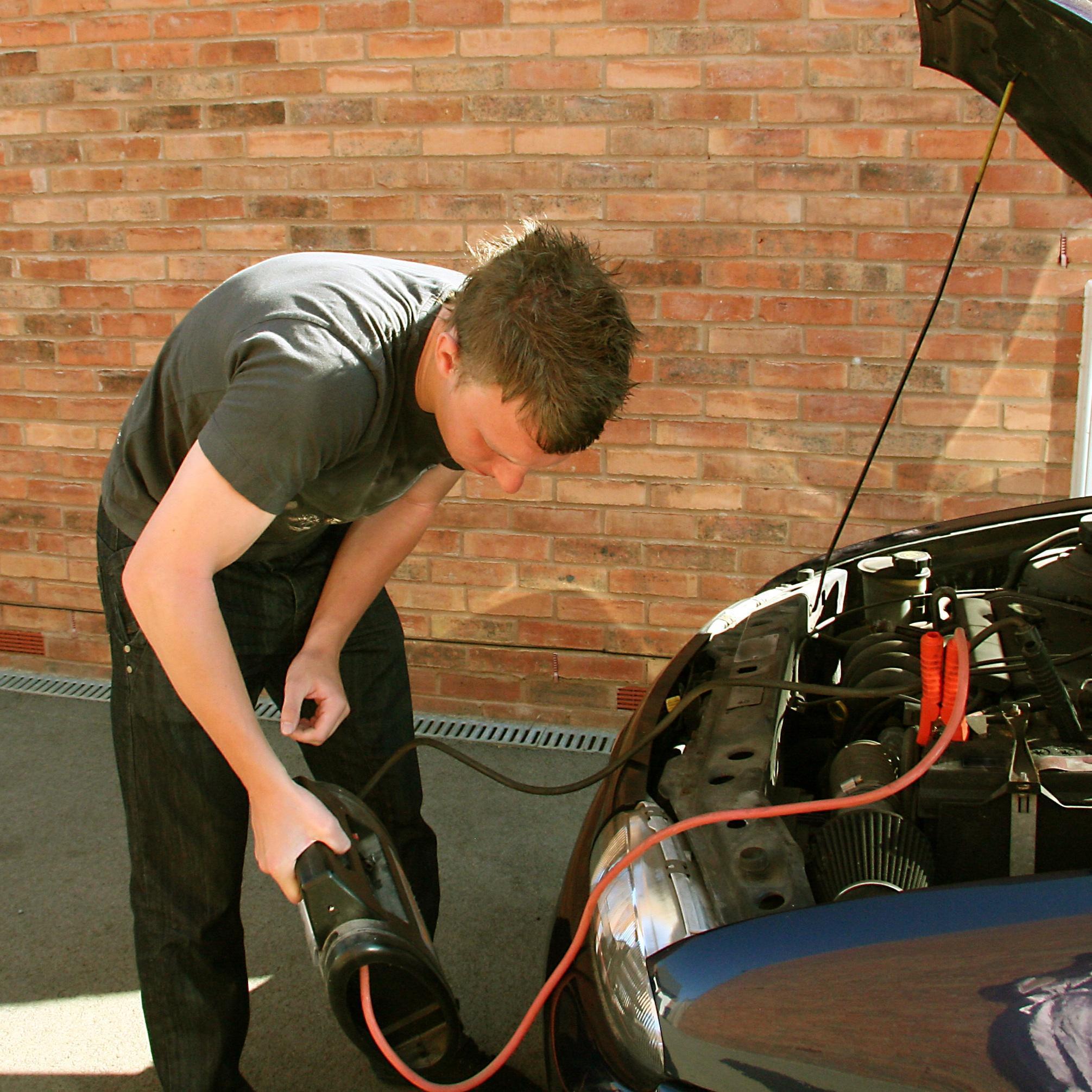 How To Jumpstart a Car With Jump Leads
Back to top