Why is My Car Overheating When the AC Is On? 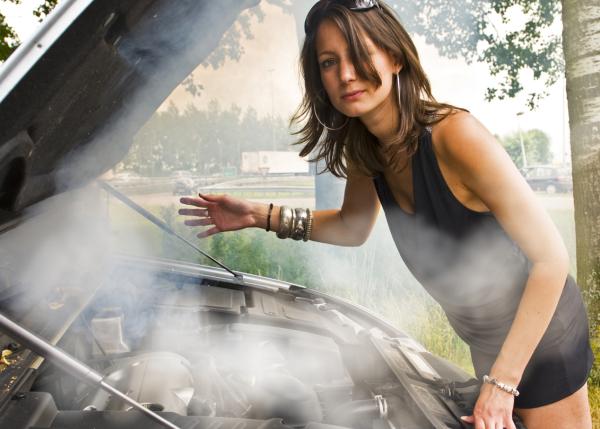 Imagine you are driving on a hot summer day but suddenly your car starts overheating and you can’t use the AC. Not only would this be inconvenient as you swelter in a hot car, it could be causing some serious damage to the vehicle. Air-conditioning (AC) is one of the many features of a car to make commuting comfortable and is used almost always irrespective if the weather hot, cold, raining or snowing. However, if there is a problem with the AC, even normal usage can cause it to overheat. The way to find out how to fix it, is to first find out why does it happen. At oneHOWTO we explain the possible reasons why your car is overheating when the AC is on.

You may also be interested in: Why Is my Car Thermostat Going up and down
Contents

Why is my car overheating?

There are several reasons why your AC is overheating your car and here are the most likely causes:

What to do if your car overheats due to the AC

If you car overheats, the first thing you should do is turn the A/C off and pull over. While you will need to be careful, you should open up the hood and let the heat escape. Be careful to keep your face and eyes away from any steam. Let the engine cool before doing anything to it. Taking off the radiator cap can be very dangerous if the engine is overheated due to the AC.

Park the car and put it into neutral. Revving the engine can help you to release some of this excess heat, but don't do it too much in case there is some other damage to the engine. This is what you might be able to do if the engine overheats initially. However, this isn't the same as the longterm problem.

Sometimes, if an air-conditioning gas is not suitable for your particular type of vehicle, it can cause insufficient cooling. This gas is a refrigerant which acts to help cool the system. There are, however, different types of cooling mechanisms, so you need to ensure you have the right one for you. You can ask a mechanic to refill the refrigerant gas if you are unsure. You can do it yourself by removing the cap from the low pressure port and attaching the gauge. You will have to have the car running when you do this, so wear safety glasses and gloves. Refill the gas until the pressure is at the right level (it should show you on the gauge) and then refit the cap. Check the temperature from the AC vents before and after you refill the gas so you can tell if it has indeed made it cooler.

Air flow in the cooling system could also be a cause of your car overheating with the AC on. There may be insufficient air pressure in the radiator or even a blockage. Check this by setting an air pressure gauge on one end of the radiator and check the pressure. You'll need a special piece of equipment for this, so it may mean a trip to the mechanic if you don't have one or can't borrow one. It might be due to a faulty part which you can replace or be as simple as cleaning it out to regain the proper pressure.

Other reasons your car overheats

My car is overheating while driving

If you face the overheating problem while driving, first stop the car, turn the heater on full blast so that the heat is pulled out from the coolant to the ambient air of the car. You might want to step out of the car when doing this. Next, turn off the AC. Idle the engine for a couple of minutes and then finally turn off the engine. Try and sort out any issue from the above pointers that can be fixed right away. If you are not able to do this, turn in the car to the nearest service center you can find. Needless to say, keep the AC switched off while driving to the service station.

To avoid overheating issues, there are few golden rules to follow such as:

For someone who’s not too much mechanically minded, just ensure to get your car serviced on time and look for early signs of overheating problems before it catches you off guard.

Take a look at how to recharge your car air-conditioning system at home or how to clean your fuel filter if you want to give your car a fresh start.

If you want to read similar articles to Why is My Car Overheating When the AC Is On?, we recommend you visit our Car Maintenance and Repair category.

Why Doesn't My Air Conditioner Blow Cold Air
How to Clean your Car's Air Conditioning System
How to Get Rid of Bad Smell from Car Air Conditioner
How to Recharge Your Car Air Conditioning System at Home
Most read
1.
Why is my Car Squeaking when I Go over Bumps - Possible Causes
2.
How to Lubricate Rubber Bushings
3.
Why Does my Car Sound Like an Airplane?
4.
Different Motorcycle Engine Parts and Their Functions
5.
How To Check Fuel Pump Injection Timing
6.
How to Reset your ECU System
7.
How to Tell If Your Car Is Diesel or Petrol
8.
How Do I Know If My Car Has A DPF Filter?

1 comment
Jimmy Edwards
28/03/2019
I have to drive my car with the heat on to keep it from over heating. What causes this
Why is My Car Overheating When the AC Is On? 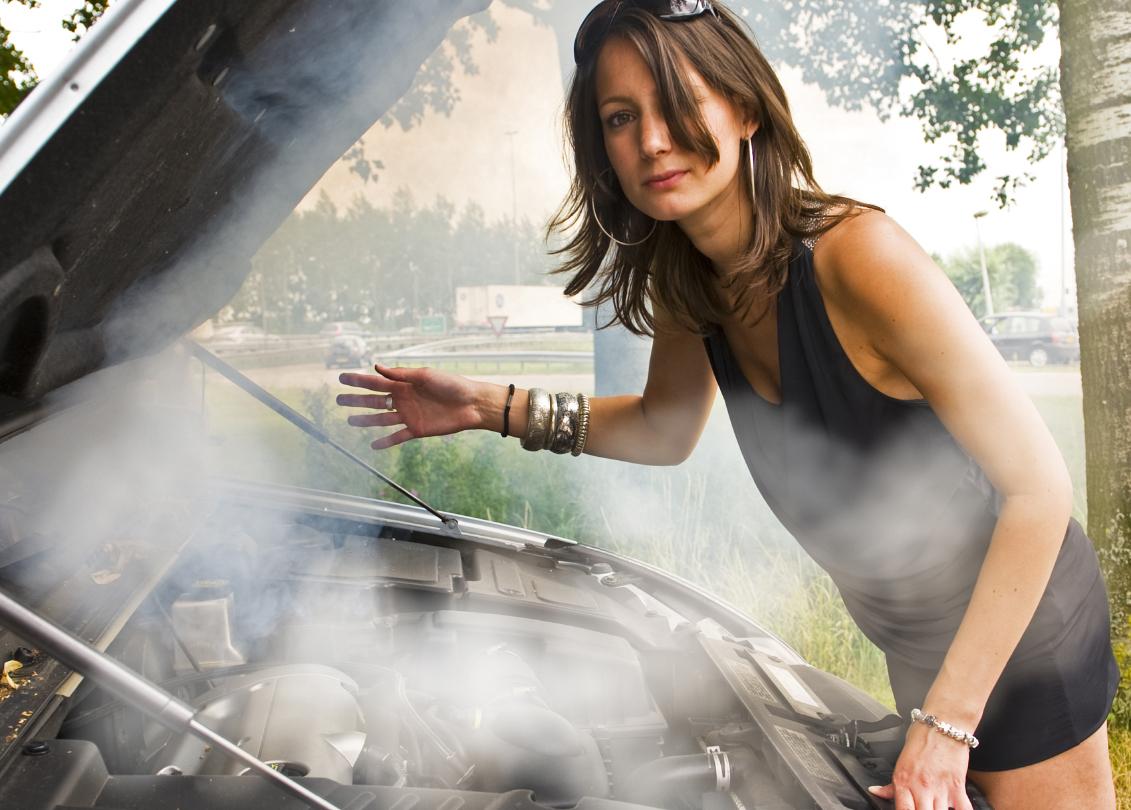 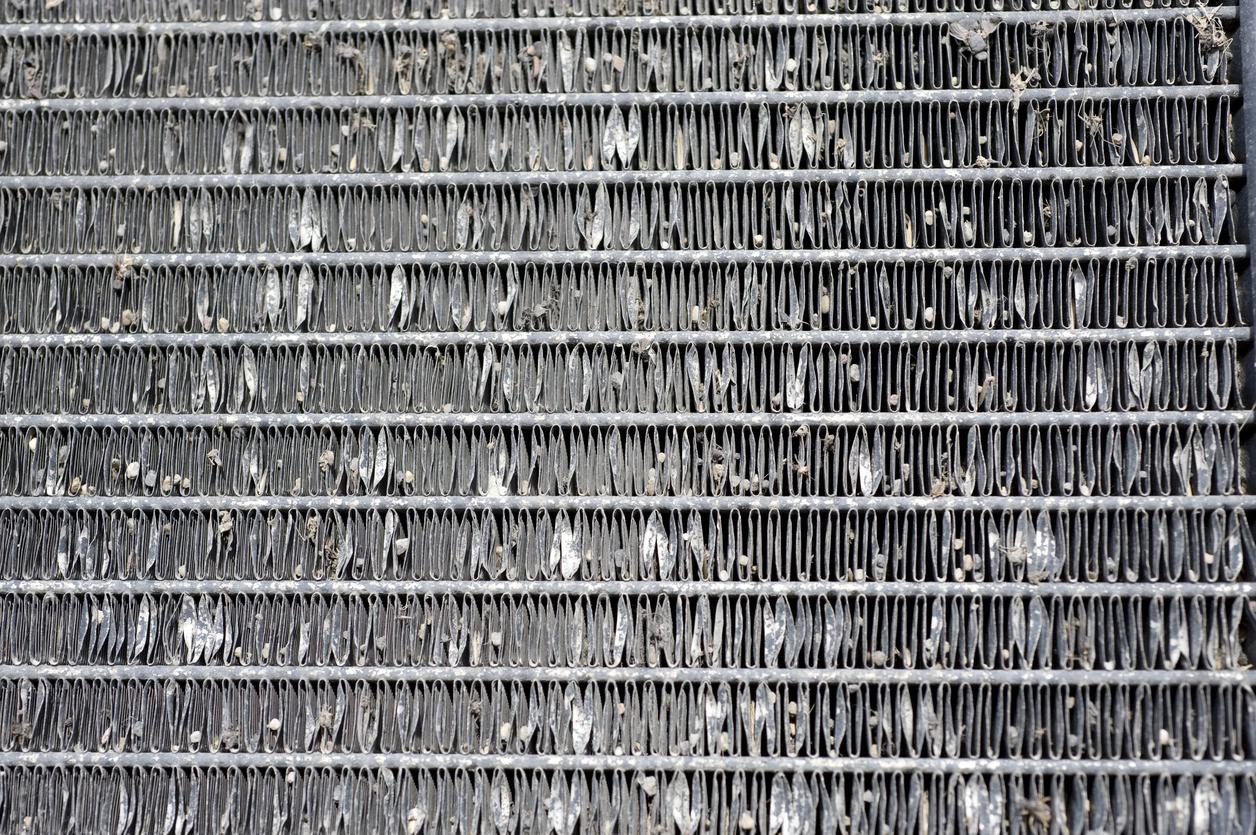 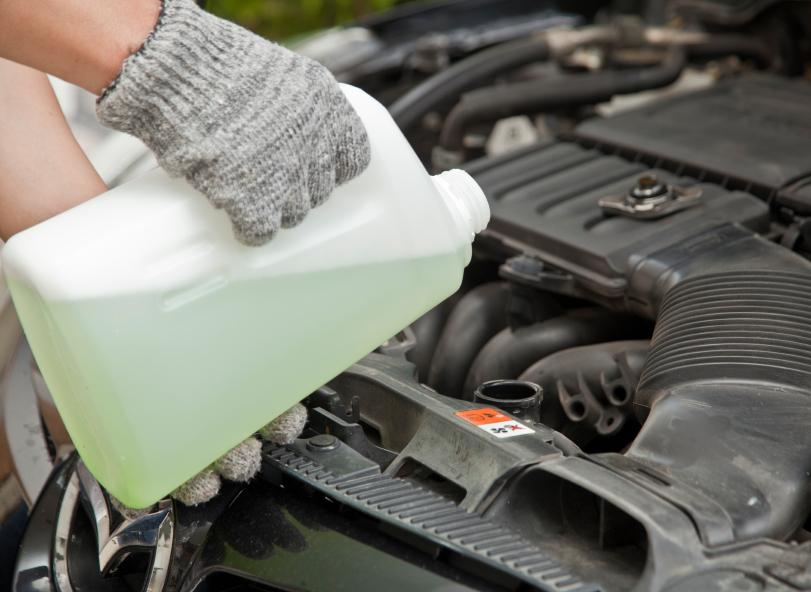 1 of 4
Why is My Car Overheating When the AC Is On?
Back to top