How to Take Part in The Dakar Rally 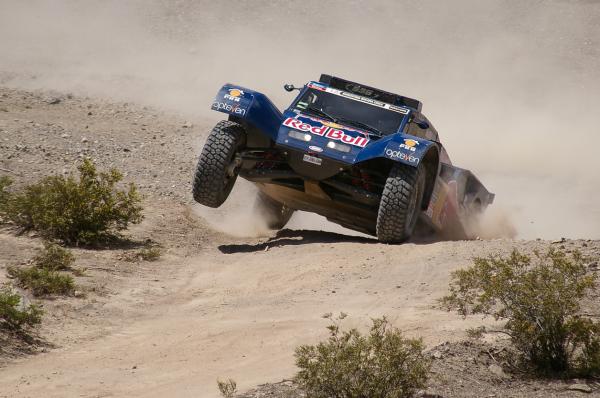 We here at oneHOWTO love sharing handy tips for everyday problems which can save you hassle and make navigating your health, well being and personal interests in our current age as simply as we can. Taking part in the Dakar Rally is something which doesn't quite fit into this description as it is not only notoriously difficult to complete "the world's toughest motorsport competition" (The Telegraph), but getting anywhere near that starting line takes professional dedication and a whole lotta money. So, unless you happen to have a few hundred thousand grand burning a hole in your pocket, read this oneHOWTO article to see how the best of the best have learned how to take part in the Dakar Rally.

You may also be interested in: Who is the Stig on Top Gear?
Contents

What is the Dakar Rally?

From its name, you'd think we could deduce where the rally takes place. It's the Dakar Rally, so it's a rally which takes place in Dakar, right? Unfortunately, wrong. It WAS a rally which FINISHED in Dakar, but now takes place in South America. Even since its inception in 1978 there have been many route changes due to practical, political and monetary reasons. Originally conceived during a different rally where participant driver Thierry Sabine found himself lost in the desert, the rally started in Paris, worked its way down central Europe, crossed the Mediterranean Sea and wound its way down Africa until reaching Senegal's capital city.

Some rally's have slightly more informal beginnings, but from the start this rally set itself a high bar which only the elite could hope to reach. Different vehicle manufacturing companies have entered their products into the competition with world class rally drivers taking their helms. Porsche, Citreon, Mitsubishi and others have won with their cars with a lot more taking part. It generally runs for 2 weeks, dependent on practical route layouts and consists of almost as many stages as there are days (there is one rest day usually). Each stage will run from checkpoint to check point, but it is up to the teams to work out the best routes between them. At the checkpoints are bivouacs where the drivers can rest, eat and do whatever they need to get passed the next gruelling stage.

Understandably, driving across some of the roughest terrains known to our planet have resulted in some tragedies either involving crashes, heart attacks due to exhaustion or even the tragic death of creator Sabine's death in a helicopter crash during a dust storm. However, the fatalities are generally few and far between and responsible drivers generally come by unscathed especially with help from the knowledgeable organizers.

Vehicles Used in the Dakar Rally

There are four main categories of vehicle which are eligible to take part and they are as follows:

What Do You Need to Take Part in the Dakar Rally?

As mentioned before, you will need money. If you look at the Dakar Rally website you'll see that the total registration fee for motorbikes and quads is a measly 14,800 €. This is paid in instalments and sounds like a bargain when you consider it includes food and beverage at the stage lines, insurance, transport for any necessary boat trips medical assistance, sporting rights and the loan of distress beacons and tracking systems as well as much more. For the cars and trucks you have to register per person as well as per vehicle and you pay more per person if driving solo. For a solo driver in a car it is 11,000 € for the driver and another 3,100 € for the vehicle (or up to 5,400 € for a 6x6 wheeled truck).

However, when you consider what this doesn't include you start to realize how exclusionary it can be. What is doesn't offer includes the vehicle cost itself (thousands and thousands of dollars), Visa charges for travel, tickets for travel (which includes the vehicle), support truck, team members and every piece of equipment you can think of. Organizing the trip itself will take considerable resources, so you'll need the time and money to be able to dedicate to this challenge which will probably mean loss of earnings if working a salaried job and considerable strain on your personal finances and relationships. One of the most expensive investments is something which you'll not be able to take back is fuel, with gallons and gallons being used up as the cars are pushed to their limit of durability.

Some estimates suggest you'll need at least 200,000 US$ to take part as a member of a team and 300,000 US$ if you want to go it alone. It is difficult for individuals to have this money themselves, which is why car and motorcycle companies usually go in as a corporate entity and lure the best rally drivers in recent history to take part. Maybe you're mum or dad knows someone over at BMW who can help you out?

You could apply to be part of the assistance team which means you'll have to have the mechanical knowledge and skills to be able to do a job which may mean the fate of the Dakar Rally driver's life or death. Usually these jobs will go to those with some connection to the company or, in all likelihood, to the driver themselves. Again, it's probably as much who you know as what you know.

Other Factors Considered When Entering the Dakar Rally

The two other main considerations are experience and health. The Dakar Rally organizers have set out general guidelines for who is eligible to enter the rally which include moral respectability, personal merit and previous sporting results, "representativeness" and logical constraints, of which the latter two are worryingly vague for any upstart hopefuls wishing to participate. From these principles it is easy to deduce that the team are pretty thorough in their selection process, furthered by the caveat that they can prevent inclusion of anyone contravening their "sporting and economic imperatives".

In addition, for motorcyclists you have to be over 18 years old, hold a FIM (Fédération Internacionale de Motocyclisme) Off-Road Rally License and have participated in an event held by the FIM World or National Championship.

For health requirements you must be in top physical form or you will simply not last the race. Drivers have claimed that you have to think and behave like an athlete with personal trainers, dietitians, training regimes and stamina tests all good ideas for any interested party. This is why the best of the best rally drivers participate and these are the ones who win. You may be able to compete if you are below this standard of physicality, but it's not the same a peeling yourself off the couch and going to the store for some Cheetos.

Since at least the last 5 years, criticisms of the Dakar Rally's environmental impact have lead to the Dakar Rally organization investing over half a million Euros into lessening it. This not only includes involvement in projects which offset the carbon footprint of an event which uses up so much fossil fuel, but considers conservation of historic and cultural sites of Latin America, donating monetarily to various charitable projects and providing exposure to some less thought of issues on a global scale. A big part of this also involves encouraging the corporations involved in these events to either exert influence or provide economic support. Although not all of these elements may be of public record and what this influence entails is not necessarily known in a larger context, there does seem to be a real attempt at environmental responsibility exert by the team.

So, it is not impossible to take part in the Dakar rally, but it is true that it requires experience, physical ability, determination and relatively unattainable resources, none of which are easy to come by.

If you want to read similar articles to How to Take Part in The Dakar Rally, we recommend you visit our Cars category.

How To Unlock A Car When The Keys Are Locked In
How Old Do You Have To Be To Drive In Australia
What Happens if You Put Diesel in a Petrol Engine
How to cancel Vehicle Registration in India
Most read
1.
Why is my Car Squeaking when I Go over Bumps - Possible Causes
2.
What Causes your Steering Wheel to not be Straight - All Possible Reasons
3.
Why Does my Car Sound Like an Airplane?
4.
How to Lubricate Rubber Bushings
5.
Different Motorcycle Engine Parts and Their Functions
6.
How to Reset your ECU System
7.
How Do I Know If My Car Has A DPF Filter?
8.
Why is My Car Jerking? - All Possible Reasons

How to Take Part in The Dakar Rally 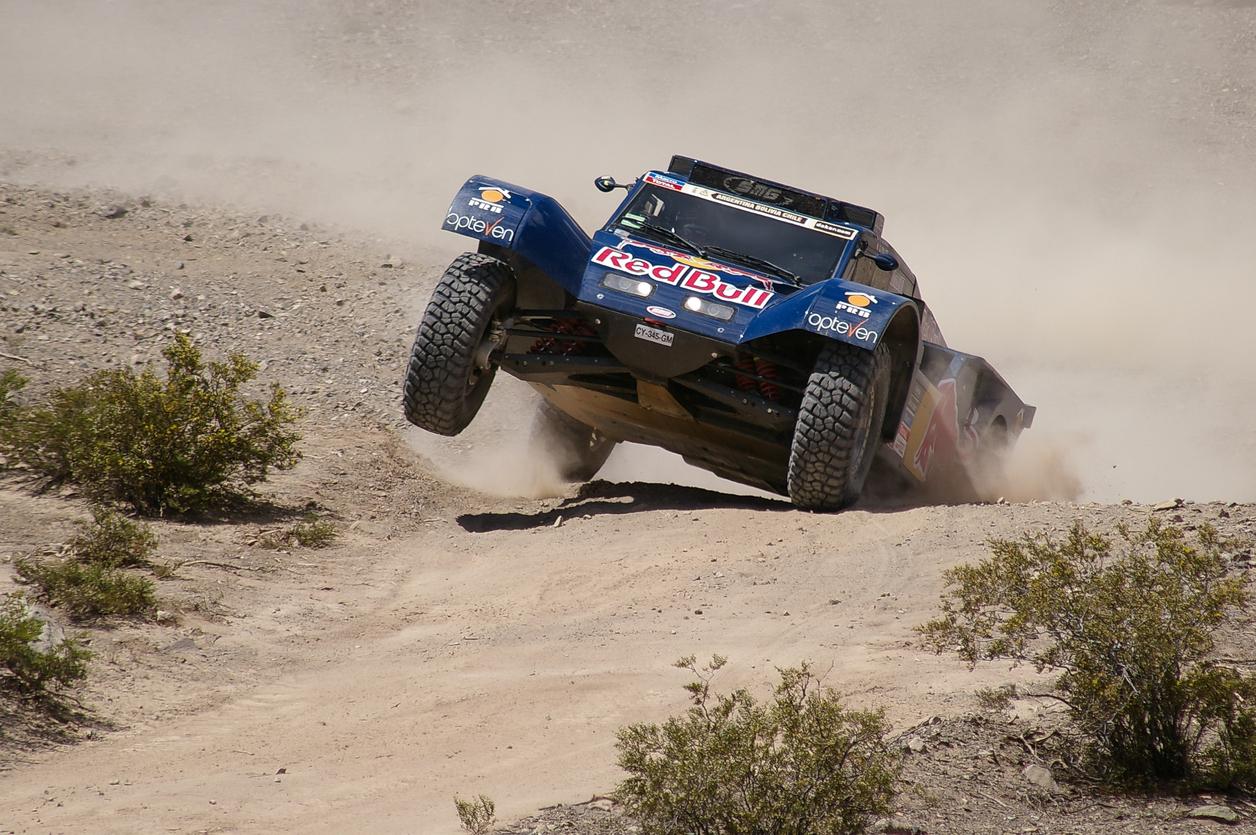 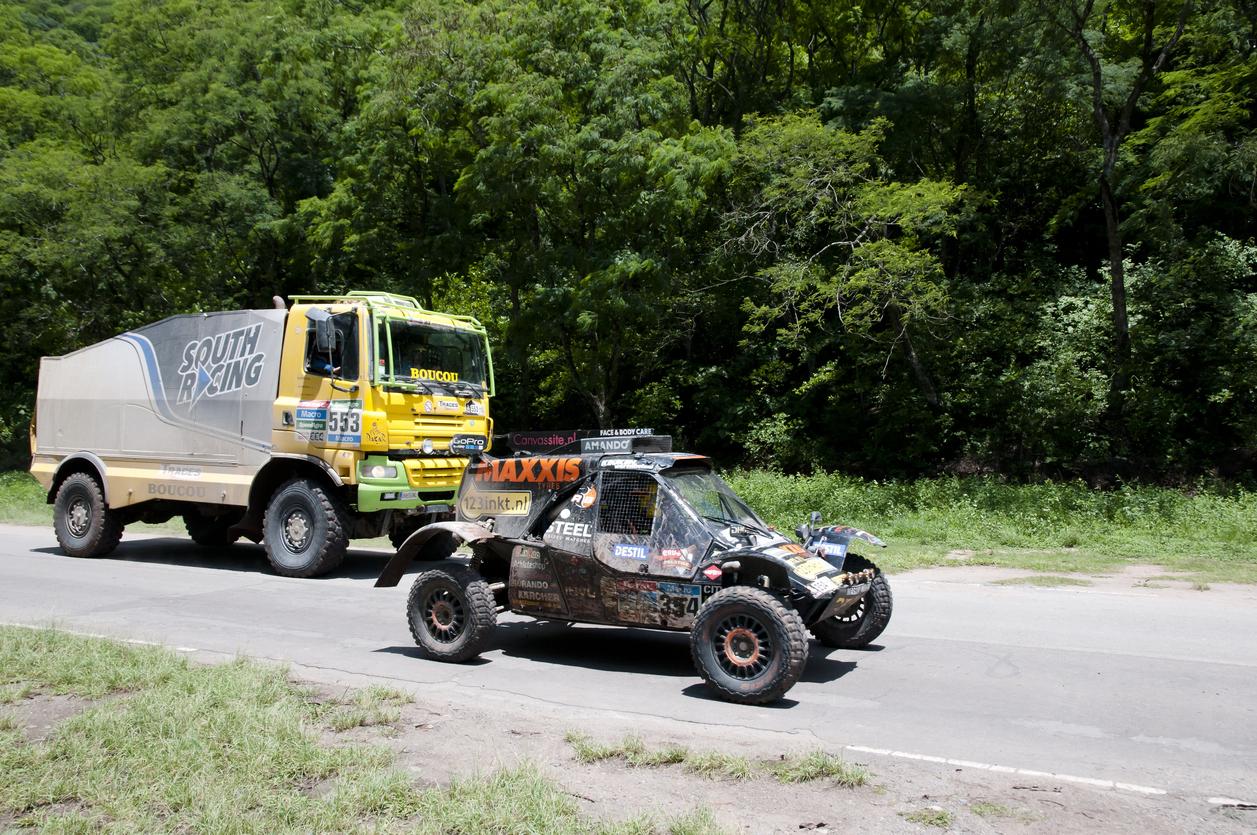 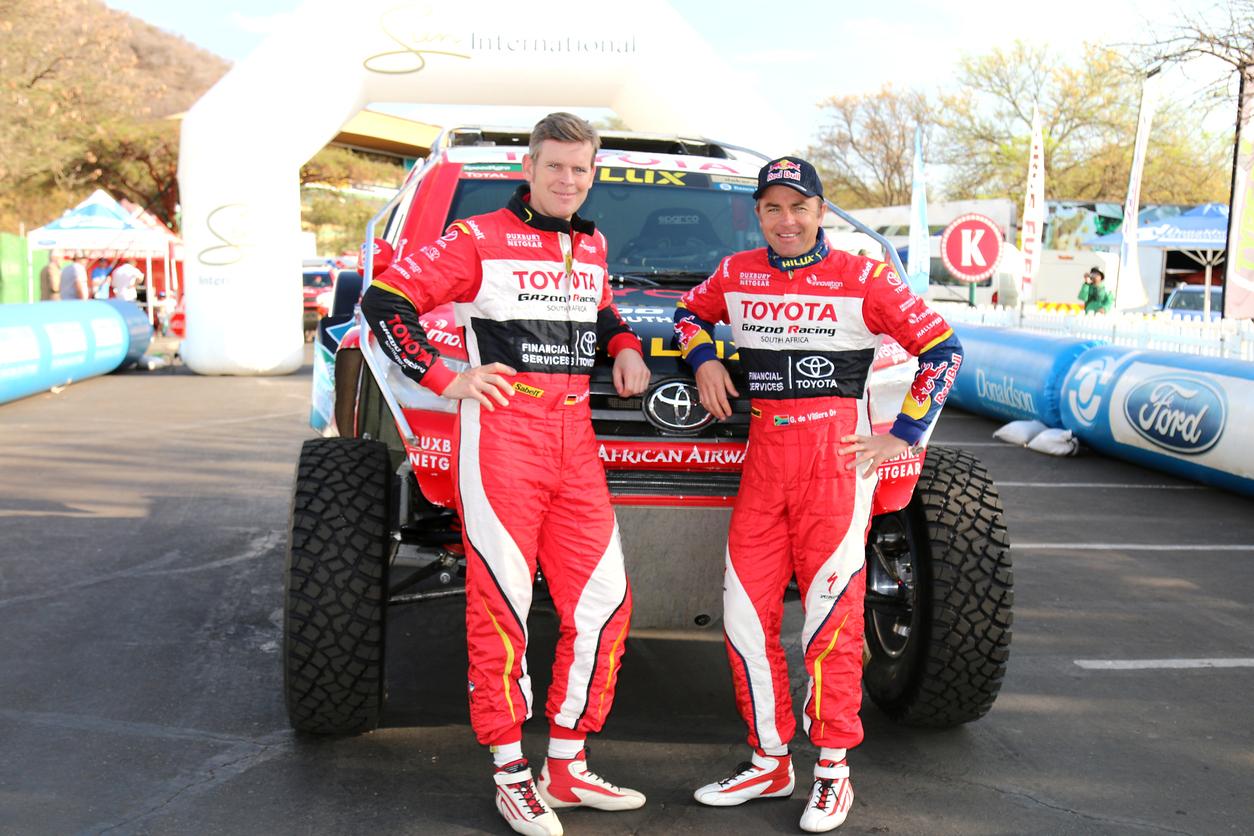 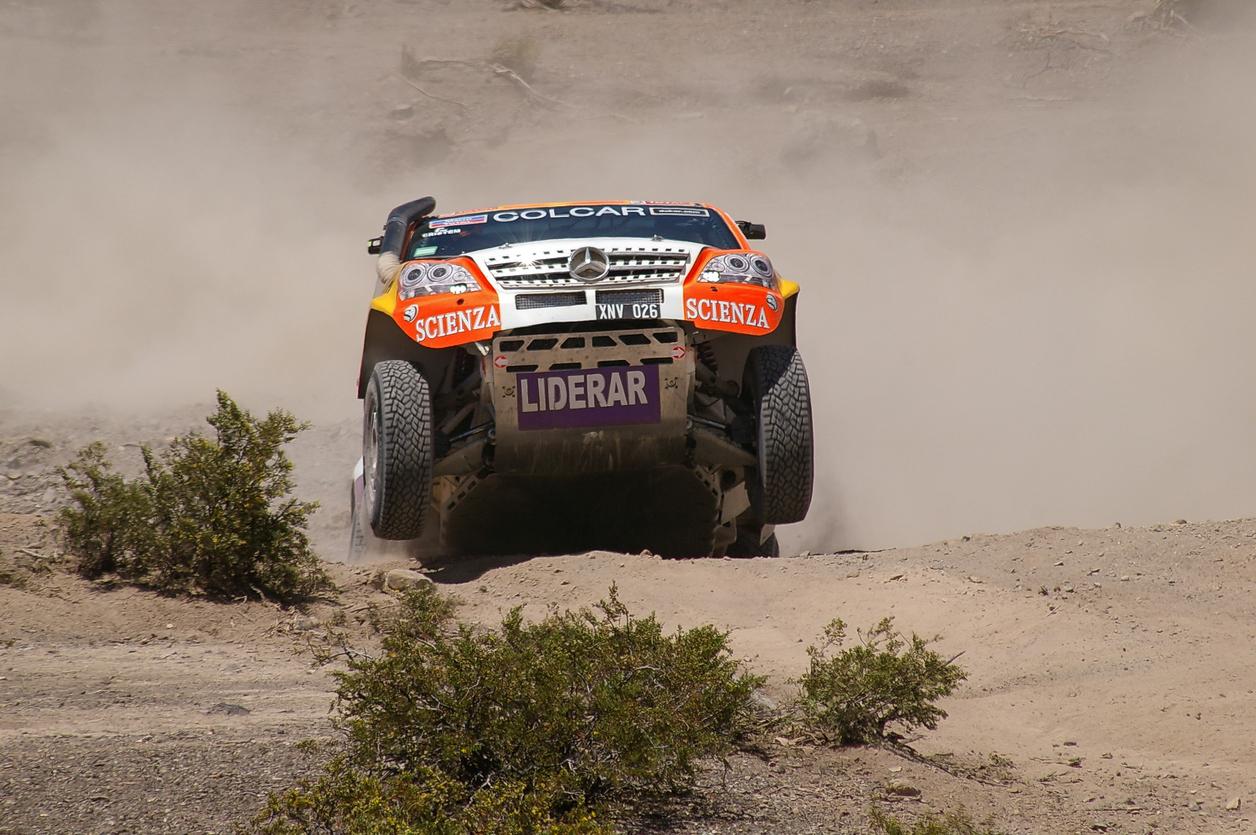 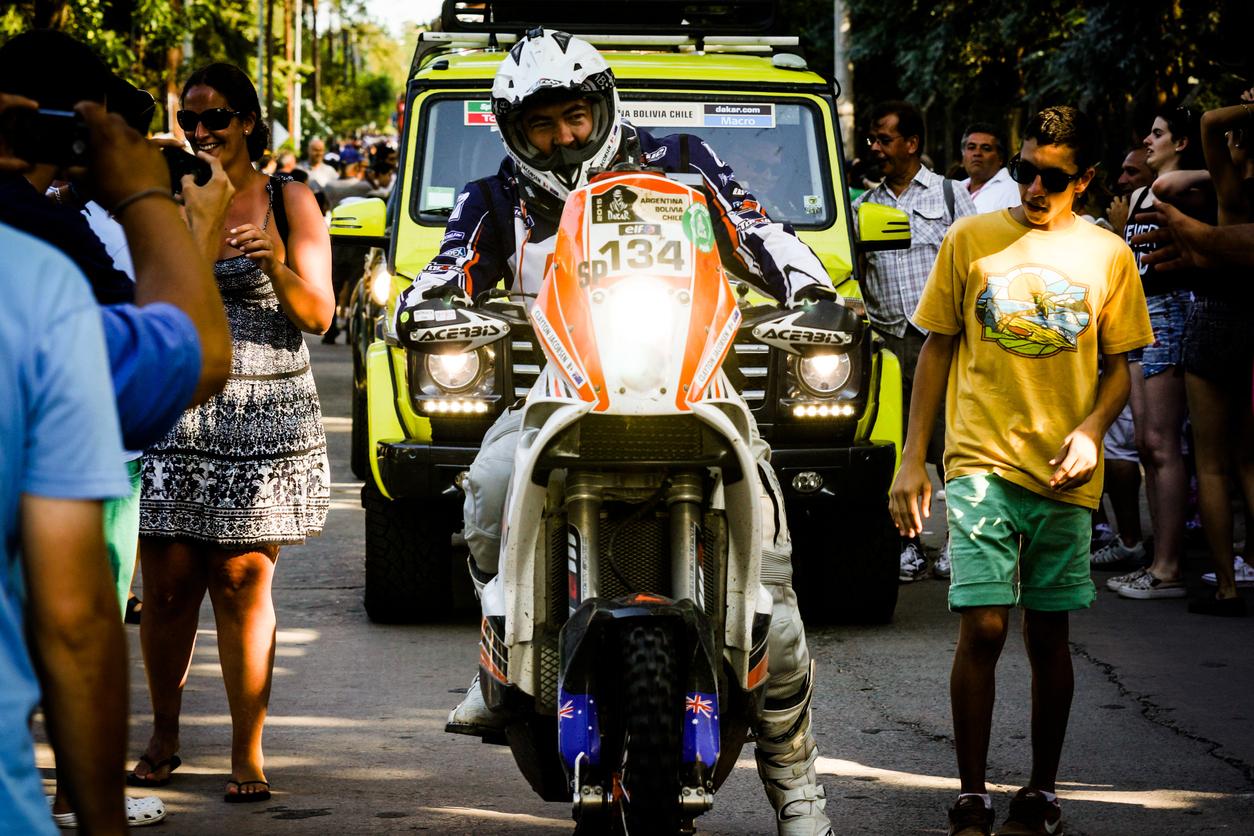 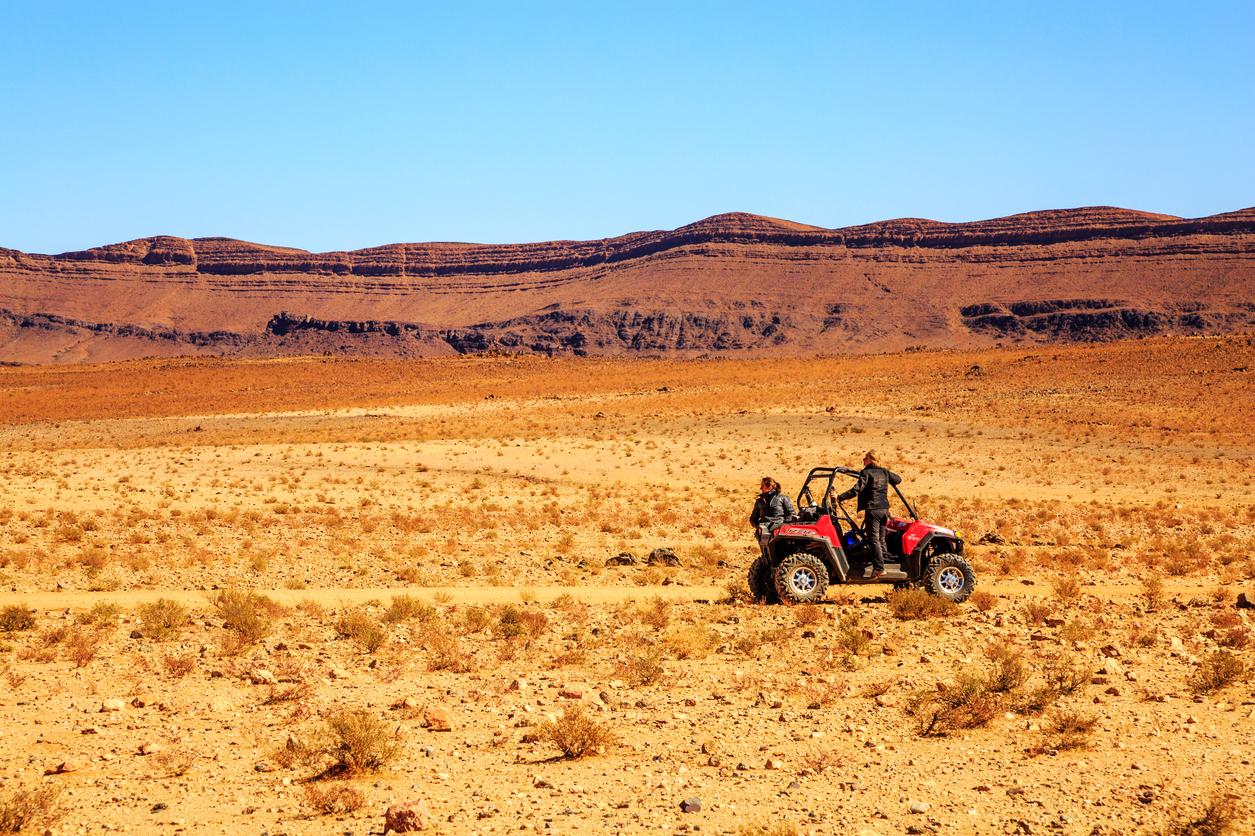