If you have a motorbike and use it as your usual mean of transport, you'll understand how important keeping good maintenance of your bike is for your safety on the road. If you don't know the ins and outs of motorbike maintenance, it's best to leave it in the hands of a professional. Yet you may want to get more involved or are considering purchasing a bike for the first time. If this is the case, you may want to know some general basics of the motorcycle engine so you don't sound like a complete noob. If you want to quench your thirst for knowledge, and provide more of an insight into how your beloved motorcycle works, read this informative oneHOWTO article on what are the different parts of a motorbike engine and their functions.

You may also be interested in: 10 Motorcycle Maintenance Tips to Keep Your Motorbike Healthy
Contents

Like most non-electric cars, motorcycles are powered by an internal combustion engine. This means that fuel (usually gasoline or diesel) is burned or combusted to make the parts of the car move which propel it along. The cylinder head is an engine part which is constructed of various materials, depending on the model: often cast iron or aluminium alloy. The function of the cylinder head is to seal the top of the engine cylinders. These engine cylinders are what form the combustion chamber. It is also referred to as an engine head or the head.

It is not only the combustion chamber, but shafts and valves are also found here. In motorcycles the valves for the head tend to be side valve or overhead. Different motorbikes have different head shapes, which often affect performance as some allow more space for combustion than others. Aficionados have come to identify each type of head shape, as they can be pretty striking. The head will also be up on the front of the motorbike, something which was not always the case. The first motorcycles developed were steam powered and had the engine on the back.

Problems with the cylinder heads means there is an integral problem with the rest of the engine. It will also affect the processes which occur after combustion, such as exhaust removal of smoke and fumes. This is one of the most common reason you see problems with excess smoke coming from the exhaust.

The engine of a motorcycle may have up to six cylinders which are cast from iron. They need to be made from such a strong material so they can be capable of withstanding very high temperatures. The purpose of the cylinders is to provide a sealed space for the movement of the pistons. Commonly, the cylinders are referred to as the engine block, and is also used as a way to measure the engine's power to determine of the size of the cylinders.

Single cylinder engines are one of the simplest combustion engines out there. While they have their use, they also have certain drawbacks. A single cylinder engine is cheap to run and shouldn't tax even the most amateur mechanic too hard. They do not have very high speeds nor is their acceleration particularly good, but they cool much quicker than most other engines. On of the inconveniences is the vibration and noise which single cylinders emit. They can be uncomfortable to ride for this reason and can annoy neighbors when operated at night.

Twin cylinders are the most common type of motorbike engine in the UK. Their types include the straight-twin, v-twin (pictured below), flat-twin and tandem-twin. The names represent the shape and position of the cylinders in the engine. The different positions can affect performance as well as reduce vibration. The more cylinders the motorbike has, the better the performance should be. This may be mitigated by the ability to control bigger bikes. There are even V8 and V10 (8 and 10 cylinder engines in a V-shape), but these tend to look like something the Dark Knight might ride.

The pistons drive the movements of the connecting rod, moving up and down inside the cylinders. They can move up and down only, so the connecting rod moves from left to right as the pistons rise and fall, transferring energy to the drive train. Pistons are made from materials like cast iron, steel alloys with aluminium or nickel and cast iron. Through the movement of the pistons, the energy of the combustion of gases is transferred to the connecting rod. These pistons will move at tremendous speeds and need to be in good nick as they can cause an accident if broken. Take a look at how to know if your piston rings are bad for more information on the subject.

If there is a problem with the connecting rod, there could be big trouble. Why does this happen? If you have rod bearing failure (where the crankshaft wears out prematurely), you will have to take all of the motorbike apart to reach the parts which need replacing. It can be difficult to diagnose problems with the piston rod, so make sure to get professional mechanical advice if you are unsure.

The crankshaft is a shaft connects to the connecting rod, which rotates and moves in coordination the pistons, as explained above. The rotary motion of the crankshaft is what sets the motorcycle chain and ultimately the wheels of the motorbike into motion. The special shapes of the crankshaft mean that the different pistons move at different intervals. The timing of these intervals is very precise and if there is a mis-timing, it can cause a lot of trouble. They will need to be controlled by this timing chain or belt, although chains are most common. This is unlike cars which have made greater use of timing belts since the 1970's.

The spark plugs are one of the parts in the ignition/combustion system in your motorbike engine. They produce a spark, which subsequently ignites the fuel-air mixture in the engine cylinders. This is how the combustion engine converts chemical fuel energy into kinetic energy. Spark plugs are easy to replace, but are very important as without them your motorcycle won't be able to move. If the spark plug does not seem to be working, there may be a problem with your battery, as you need electricity to make the spark plug spark and thereby ignite the fuel.

Some other important parts of your motorbike engine are the Engine valves. They are important because they control the passage of air and fuel to and from the combustion chamber as well as the gas that the combustion generates. Checking their condition will allow you to monitor if the combustion process is happening correctly and efficiently. You should also adjust engine valves regularly to avoid serious and costly problems.

Fuel injection is another way to help control fuel entering the combustion chamber. They are not common on older models, but are being used with increasing frequency. Similarly, turbochargers are becoming more prevalent, but mainly on racing bikes. These are not commonly used motorcycle engine parts, but it is possible they will be in the future.

As with a motorcar, motorbike engines will become very hot when running for a certain length of time. This is due to the fuel being burned for kinetic energy. Without cooling the engine, it can overheat which either damages the engine, causes it to fault or makes it too hot to ride. There are two main ways of cooling a motorcycle engine and they are:

Unlike the majority of cars, the engines of many motorcycles are exposed to the air. The engine may have a system which uses the flow of air which goes past the motorbike when in motion. The air is dispersed around the engine and utilize different engine parts to help in this process. Rarely they might use a fan to help disperse heat, but more commonly they'll use fins or other methods to guide the air. If a motorbike engine uses an airflow system for cooling, it can lead to the engine overheating if the engine is turned on while stationary.

Like most cars, a motorcycle's engine may have a radiator to help disperse heat and keep it cool. This requires liquid coolant which flows past the different engine parts to prevent overheating. They are becoming more popular and may eventually be the industry standard. They are particularly important on racing bikes which may use fairing (a shell placed over the engine). Fairings maintain aerodynamics, but they also prevent airflow from reaching the engine.

Some engines may use the oil it needs for operation as coolant. This is efficient as it uses the oil system for two concurrent purposes. It is not as common, however.

While it may seem obvious, the battery is an important part of most motorcycles. This is especially so with modern motorbikes. The reason is because they use electrics to power the ignition system and other important parts such as the lights. How integrated electric and mechanical parts are will depend on the individual bike. Some will have various added functions which may need battery power to work.

Maintenance care of a motorbike engine

If you want to read similar articles to Different Motorcycle Engine Parts and Their Functions, we recommend you visit our Motorbike Maintance and Repair category.

How To Change Motorcycle Engine Oil
How to Adjust Motorcycle Engine Valves
How to Change Fork Oil on a Motorcycle
How to Check Motorbike Engine Oil Level
Most read
1.
Why is my Car Squeaking when I Go over Bumps - Possible Causes
2.
How to Lubricate Rubber Bushings
3.
Car Won’t Move in Drive But Will in Reverse: Causes & Solutions
4.
Why Does my Car Sound Like an Airplane?
5.
Why is My Car Jerking? - All Possible Reasons
6.
How To Check Fuel Pump Injection Timing
7.
How to Tell If Your Car Is Diesel or Petrol
8.
Car Accelerating on Its Own: Causes and Solutions

joseph gitonga
25/05/2017
am a motorcycle mechanic and a require to be boosted by companies or dealers
Rating:
Boffah Bismark
01/01/2017
resign for motorcycle repairs
Rating:
YOGENDRA RAO
14/10/2016
dear sir/madam
i have few doubts in regular observation
1.why engine getting bore?
2.why sometimes black smoke realising?
3.how to control fuel efficiency and Courbet cleaning process? 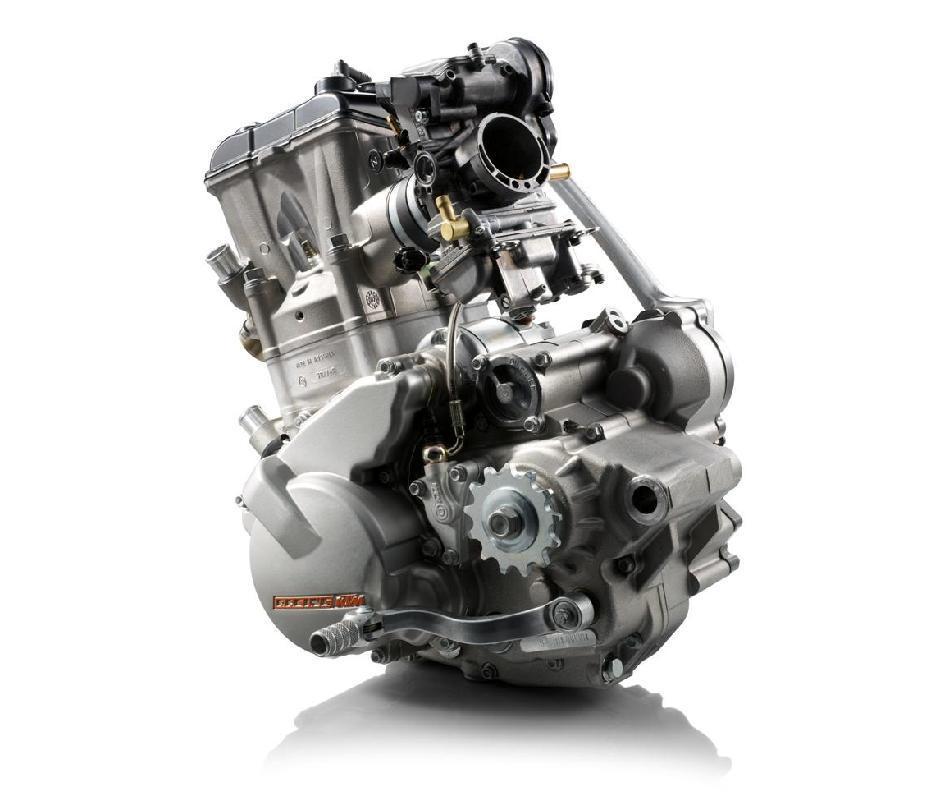 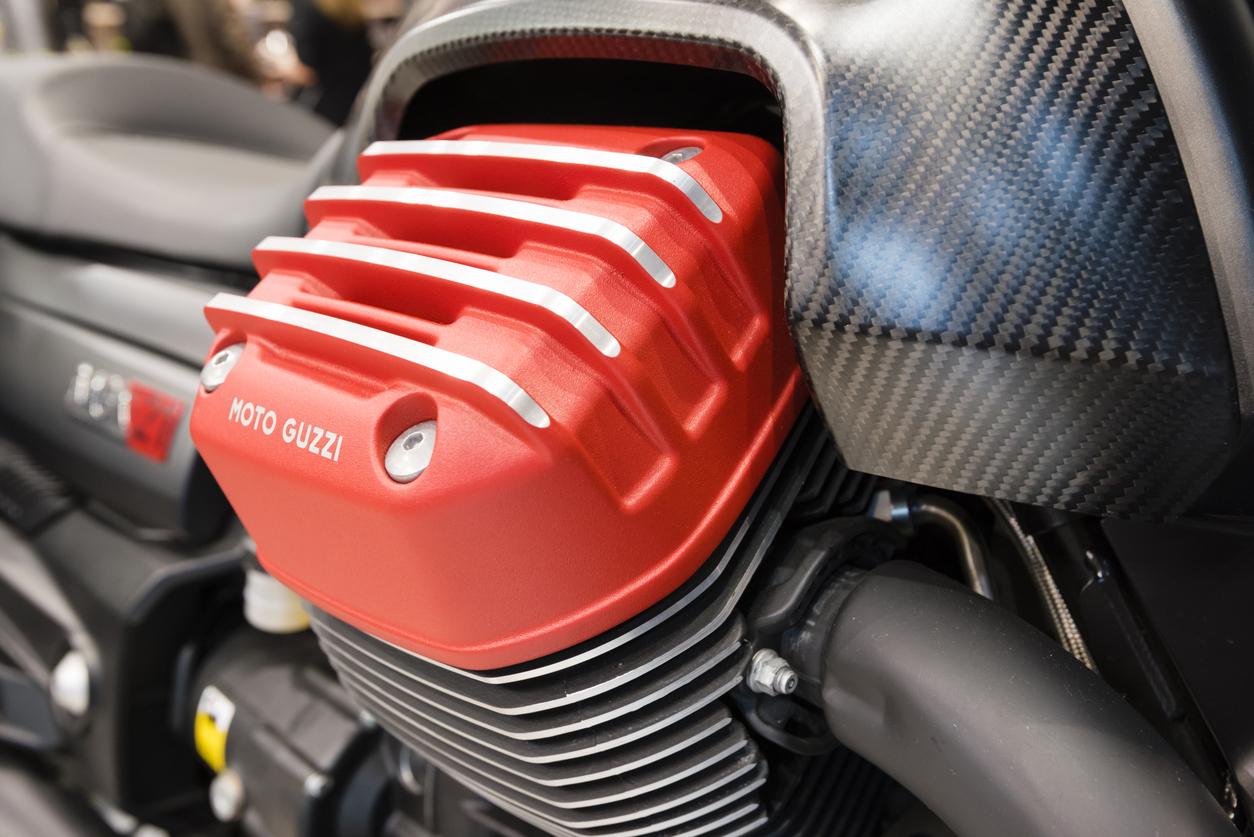 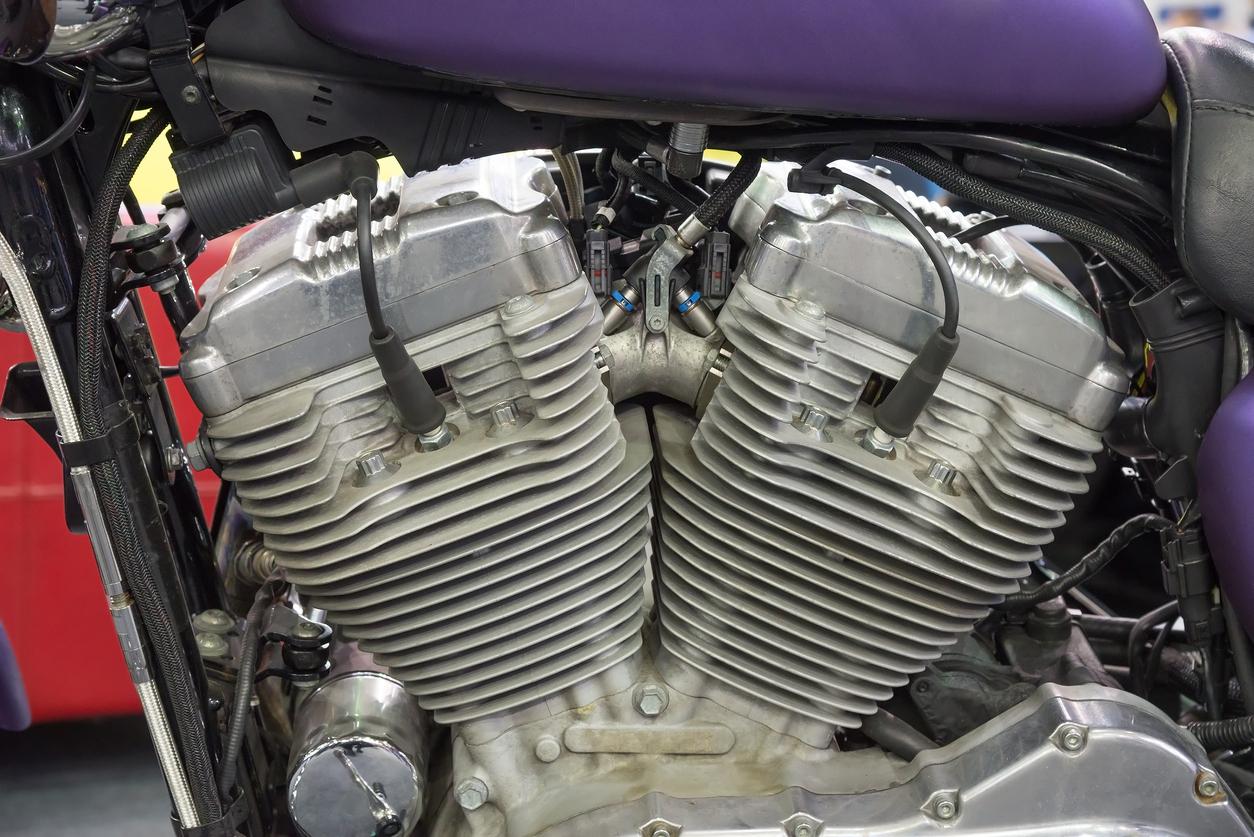 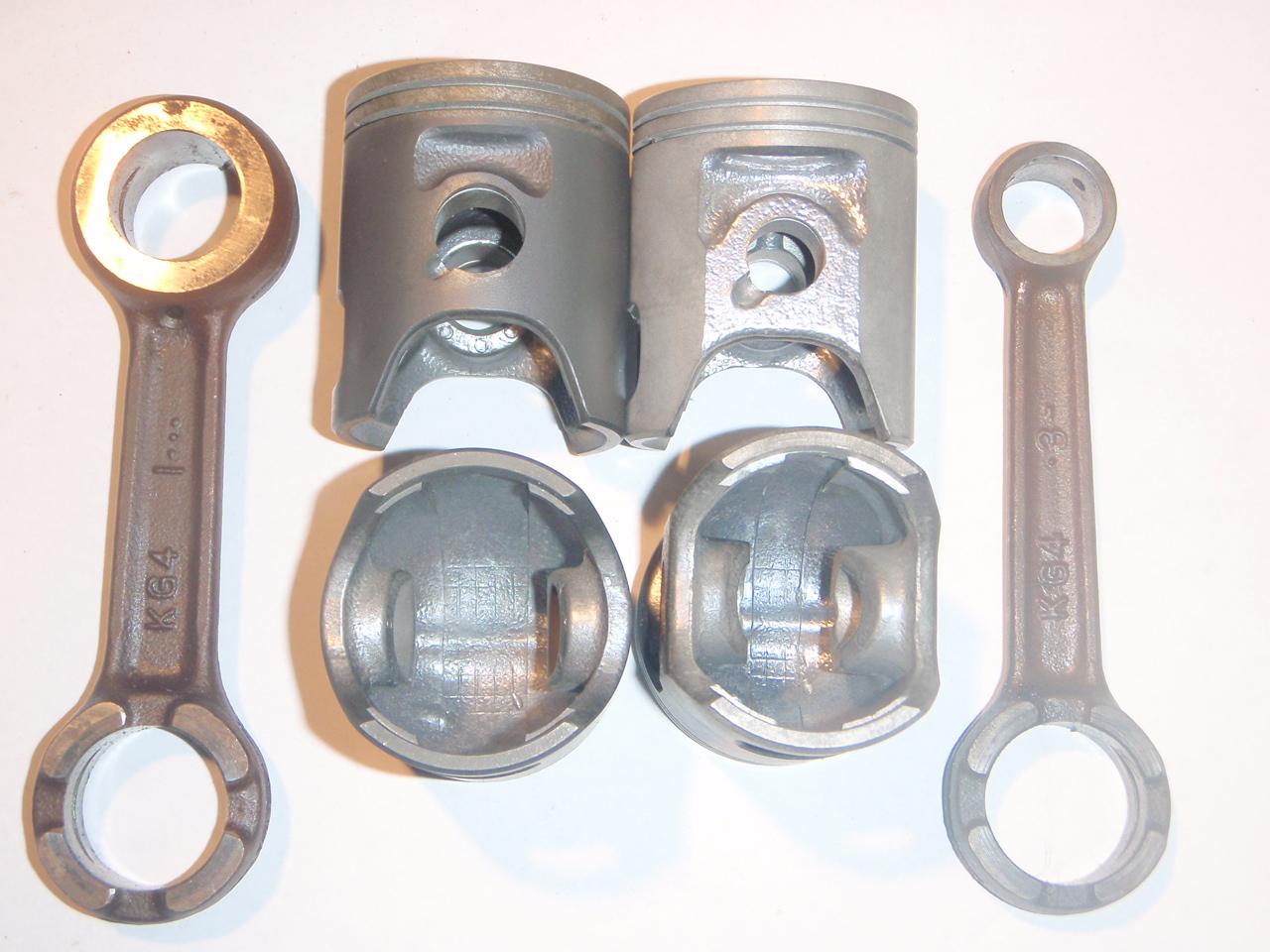 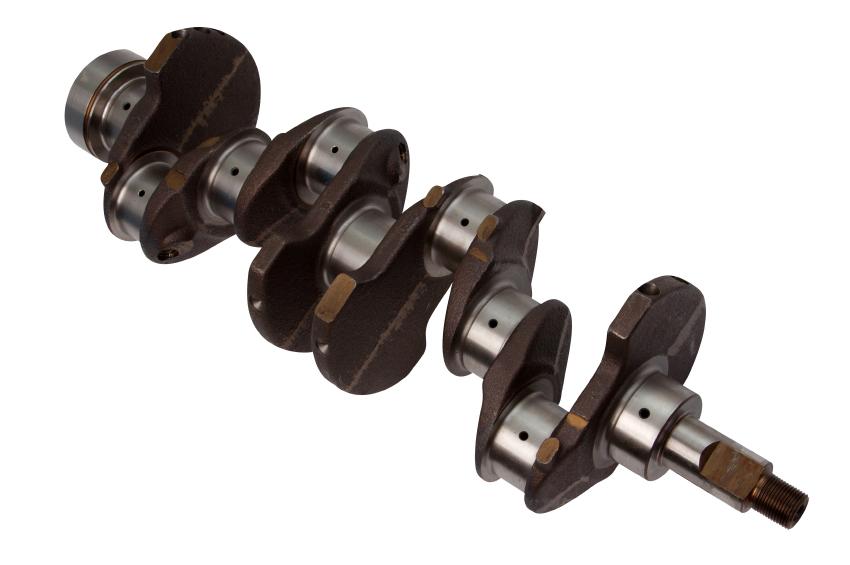 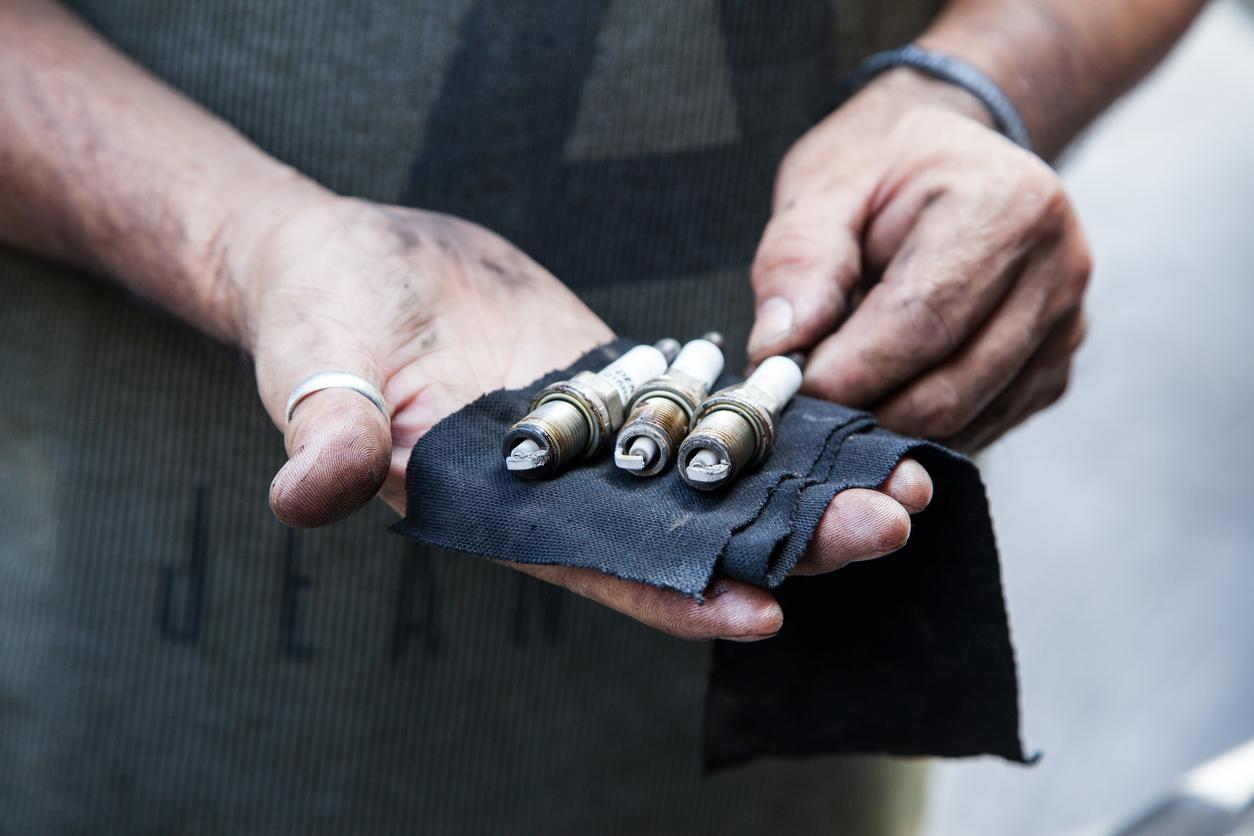